The general election announcement may have stolen our thunder yesterday, but the subject of big changes regarding women’s health and how it’s dealt with from schools to workplaces made the news yesterday, as well as Parliament.

Every girl and woman who suffers from a gynaecological disorder needs to know that her symptoms are being taken seriously, that the pain or heaviness of her menstruation is not all in her head, and that she is able to seek the necessary and compassionate support that should be there, no matter whether it’s at school or at work.

These are all shockingly real stories experienced by real women and as a society we have to say no to this and start changing the culture.

I’m so proud of all the men that took part in the parliamentary debate yesterday who showed that this is not just a women’s problem but one that affects us all and that despite our gender differences, we are able to stand up for something that is so utterly wrong and incorrect.

Thank you again to Alec Shelbrooke for leading the way in this.

Change is coming, and anyone who denigrates women over their gynaecology or discriminates against them had better be ready to be held accountable for this!

Thank you to ITV News and ITV Calendar for drawing attention to this incredibly important cause. 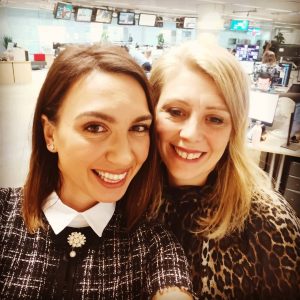