Traditionally developed to preserve fertility for women undergoing cancer treatment and earlier menopause, egg freezing has also increasingly become a social choice for many women, aware of their own biological clock and wishing to give themselves the best chance of having children later in life, if they’re not yet ready to start a family. 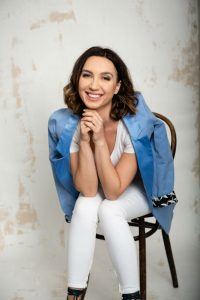 Here are the facts about freezing your eggs:

What can you expect?

Egg freezing involves the same principles as IVF, that means your ovaries are stimulated with injections that will make them produce several eggs in one go.

When these are mature, they are collected via a short operative procedure that involves using a needle into the vagina and then the ovaries, to aspirate and collect all of the eggs.

These are then frozen and preserved at this age, and later thawed, fertilised and used to create embryos that can then be used for implantation.

What are the costs?

As all women have different ovarian reserves and are of a different age when undergoing the procedure, some may need more than one round of ovarian stimulation to be able to collect enough eggs to be able to give themselves a decent chance of conception.

How long can you store your eggs for?

Current law in the UK only allows a woman to store her frozen eggs for a maximum of 10 years, unless there is evidence that a woman is at risk of premature menopause. In this case, eggs can be frozen up to the age of 55.

There is a campaign to try and extend the egg freezing limit for all women, in particular as women are likelier to have egg freezing when younger to optimise their chance of success, but at the moment, if a woman freezes eggs in her mid twenties, her egg storage limit would expire by her mid thirties, yet not all women will necessarily want to have children by that age.