I couldn’t let this week go by without waiting to find the time to be able to write about two international events that have drawn attention to some of the most difficult issues we face as societies around the world. 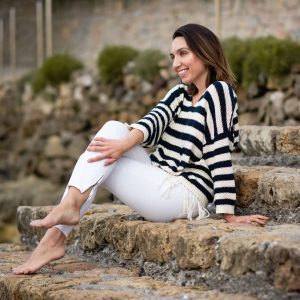 The first is the International Day of the Girl

Being a girl or woman is something I treasure being able to express. But for many girls around the world, this is something that has shame and familial dishonour attached to it, as a result of which they are not allowed to go to school to receive an education or to have a job that earns a living wage.

They are mutilated by the time they reach pubescence, forced into being brides whilst barely able to understand their bodies, and assaulted in the most inhumane way possible where later, ridden with disease and pelvic disfigurement, they are unable to bear children and are as a result are shunned by their family and society at large.

What sort of a life is this, where even before you are born, your parents and relatives consider gender selection and terminating your life just because you are a girl?

The pain and trauma that girls and women are made to carry, I believe can manifest as disease later in life as well as psychological wellbeing.

Mental health is something that affects us all, yet so often lies hidden behind closed doors. We make efforts to conceal it but almost inevitably it ends up influencing every single aspect of our lives, including all of our relationships, and most importantly the relationship we have with ourselves.

Prejudice and judgement are everywhere, from where you work, to your neighbours to social media. And I too have been guilty of this at times. It seems being human makes us naturally attached to comparison with others and presumptuous about them.

But the truth of the matter is that we all have issues and wounds we carry, and just because someone doesn’t shout about them doesn’t make them any less significant.

Instead of just being told to keep going, sometimes what we all need is some time out, some space, a kind smile from a stranger and seeing and holding one another in our most vulnerable state.